In the age of #MeToo, we as citizens must be more vigilant than ever to spot the signs of gender inequality and put it out of commission whenever possible. In places like a male-dominated workplace, that’s easier said than done. Even today, gender discrimination is a very real occurrence in our workforce. It happens too often and must be stopped immediately.

Sometimes it’s very obvious and blatant. There are, however, more subtle forms that can go unnoticed. You might be getting discriminated against because of your gender and not even realize it. Instead of letting your career take the hit, we’re here to help set the record straight. 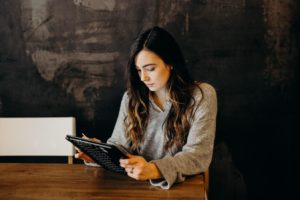 Here are four ways to identify gender discrimination in the workplace:

Have you ever been in a meeting and raised a great point that didn’t get acknowledged, only to have a male coworker make the same point and receive praise? Sometimes, it may just be a fluke incident. If it happens consistently, however, you might be getting discriminated against due to your gender.

As humans, we tend to sweep these little occurrences under the rug. But this shouldn’t be the case. Start taking note of times that you’ve been snubbed, and by whom. If you start seeing a pattern emerge, you have every right to bring it up to Human Resources – which will provide you with documentation of making a complaint, should you take the issue to court.

You Are As Much or More Qualified Than Those Being Promoted

While there is certainly a human factor that goes into the decision to promote one person over another, that should not take precedence over qualification. If you find yourself in a spot where male coworkers are regularly leapfrogging your achievements and landing coveted new positions even though they are not as qualified as you are, it very well may be a sign that you are being discriminated against.

Keep track of your coworkers — when they started, the accomplishments they’ve had, their experience before they joined the company, and the projects they’ve worked on with you. As they get promoted, review your notes to see if you can find any valid reasons for why they got the job over you. Gender discrimination is all about data points. The more information you gather, the surer you will become on whether or not it is happening in your workplace.

This one can get a little awkward at first but is a necessary conversation to have if you have a suspicion that there is gender discrimination going on in your workplace. Just like in our last point, try jotting down notes on your coworkers. You can easily look them up on professional sites like LinkedIn to learn a little bit more about their background. Once you have a good idea about their qualifications, take a look to see if your workplace’s salary information is public record. If not, try having a friendly conversation with individuals on your team with similar job titles about their salary.

Make a mental note of the numbers male coworkers give you vs. female coworkers. While there can be variance due to negotiations during the hiring process, if you’re seeing an obvious discrepancy between male and female salary numbers, it’s time to take action.

Fight For Your Rights With Carter Law

If you’re ready to fight gender discrimination, we would love to help. Consult with our team by filling out the contact form below to learn more about if you have a case, and what your options are when it comes to finding a solution with your workplace. Nobody should ever feel that they are less because of who they are. We firmly stand by our clients and work to get them every dollar they deserve.